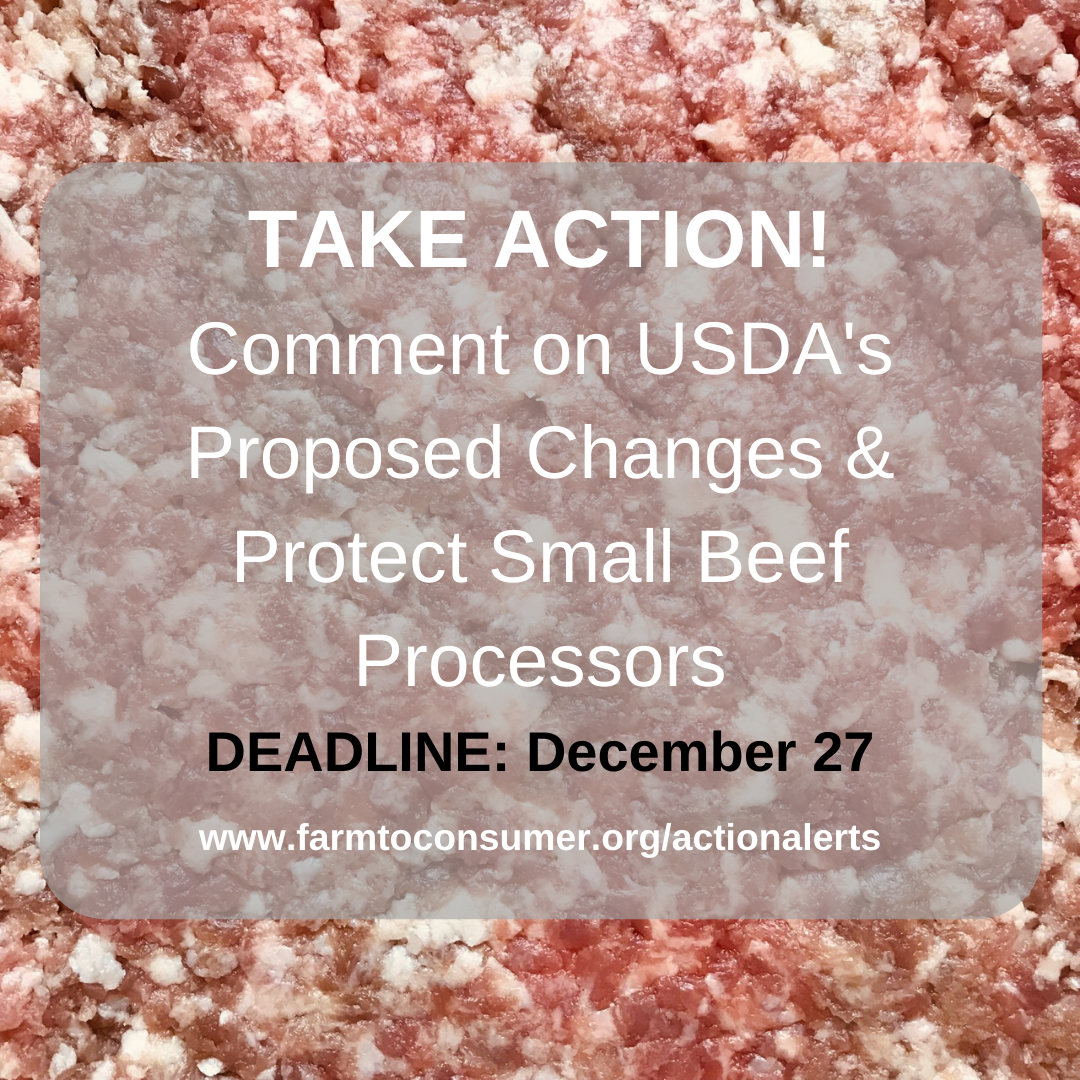 In recent years, there has been an increase in illness due to Salmonella in ground beef that has been raised and processed at industrial farms and processing facilities.

The Food Safety Inspection Service (FSIS) of United States Department of Agriculture (USDA) is proposing changes in response to these outbreaks. While improvements are needed, the proposed changes are unlikely to solve the problem and more likely to cause problems for small-scale processors who are not the outbreak source.

FSIS already tests ground beef for Salmonella periodically, but because Salmonella is not an “adulterant” under the Federal Meat Inspection Act, these tests aren’t designed to identify meat that would make people sick from Salmonella. Instead, the tests seek to identify any presence of Salmonella, even if it is too low or of the wrong type to cause any human illness. If any Salmonella is detected, then FSIS treats it as proof that the processing facility’s “process controls” are inadequate.

If this happens, FSIS inspectors come in and demand that the facility change its Hazard Analysis and Critical Control Point (HACCP) plan to address the perceived flaw.

Large-scale facilities with entire departments of lawyers and consultants can deal with the agency demands. They may make some changes to their process, but for the most part, they can block attempts to make significant changes necessary to truly improve food safety.

But what happens to a small plant, that doesn’t have its own lawyers and experts? They quickly find themselves buried in paperwork and impossible demands and may be driven out of business. Yes, even if the Salmonella detected was at such a low level or a type that posed no real health risk.

With this new change, FSIS is proposing to increase sampling frequency to once per week regardless of the size of the beef production (currently, smaller facilities are sampled twice a month max). The proposed rule also tightens the criteria by which FSIS decides whether an establishment is “meeting” or “not meeting” the pathogen reduction performance standards for Salmonella—but, again, the “not meeting” threshold is not based on whether the detection is likely to cause human illness.