According to the Virginia Marine Resources Commission (MRC), clam and oyster farming, also known as aquaculture, is not only a multi-million dollar industry in Virginia, it also provides important benefits like helping to clean waterways. Per MRC, "a single adult oyster can purge 50 gallons of water a day!" Environmentally-conscious consumers value local shellfish operations as welcome alternatives to imports and depleting wild stock.Watch now: short video on planting and harvesting oysters. 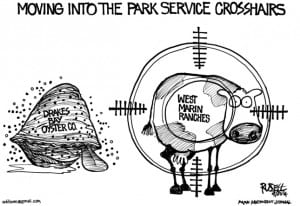 Federal agencies planning a project that might impact the environment are required to use the process outlined in the National Environmental Policy Act (NEPA). While NEPA is a formal process, its essence is common sense: gather the relevant information, think about it, then make a decision based on the facts. Public agencies

END_OF_DOCUMENT_TOKEN_TO_BE_REPLACED 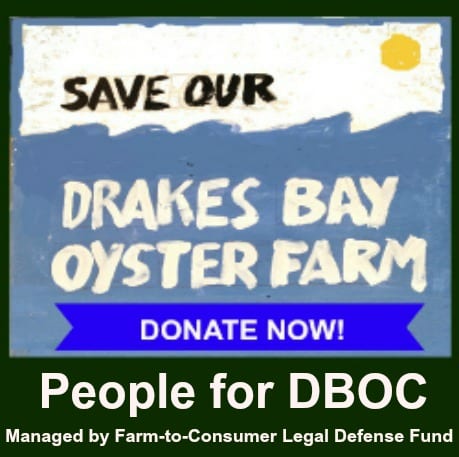 Update 10/6/14: Settlement with NPS – New Chapter for DBOC
SAN FRANCISCO—(September 23, 2014)—Businesses in West Marin and San Francisco that directly depend on the continued operation of the Drakes Bay Oyster Company (“DBOC”) along with sustainable food advocates filed a notice of appeal to

END_OF_DOCUMENT_TOKEN_TO_BE_REPLACED

In July, restaurateurs and others affected by the scheduled closure of Drakes Bay Oyster Company (DBOC) filed a second lawsuit to keep DBOC in operation. The original lawsuit was filed in December 2012 by DBOC itself. Long-time DBOC supporter, Sarah Rolph, discusses the latest lawsuit and the importance of keeping a community treasure in operation at the Point Reyes National Seashore.

The Drakes Bay Oyster Farm is an historic cultural resource, having been in operation over 80 years. Virtually every government

END_OF_DOCUMENT_TOKEN_TO_BE_REPLACED 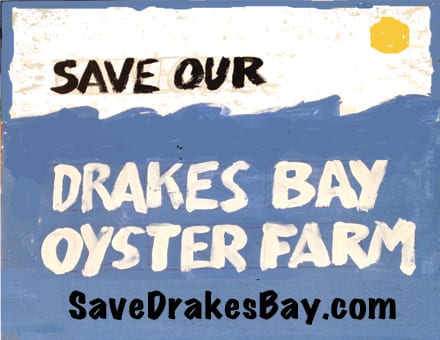 SAN FRANCISCO—(July 22, 2014 – Globe Newswire)—Late last Thursday night, West Marin businesses and others that directly depend on the continued operation of the Drakes Bay Oyster Company filed an emergency action to stop its closure by the federal

END_OF_DOCUMENT_TOKEN_TO_BE_REPLACED 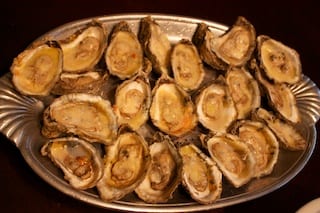 York County oyster farmers Anthony Bavuso and Greg Garrett had their respective cases argued before the Virginia Supreme Court on October 28. In each case, York County Zoning Administrator J. Mark Carter and other county officials were appealing rulings from