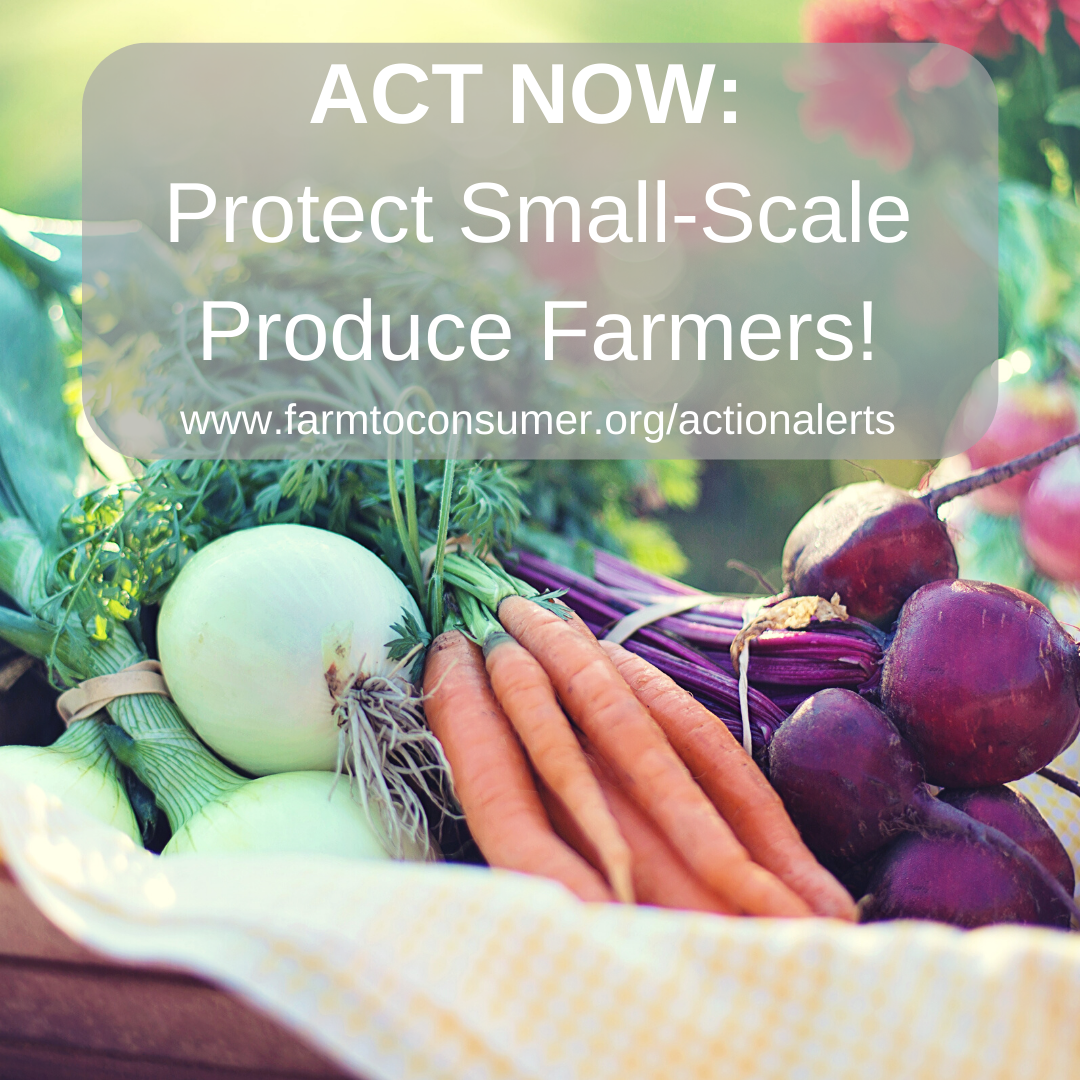 We want to share an important announcement from our ally, the Farm and Ranch Freedom Alliance (FARFA). FARFA led a coalition that we were a part of in 2010, which convinced Congress to exempt small, direct-marketing farmers from the new rules under the Food Safety Modernization Act (FSMA). But now that the rules are being implemented by the states, the Texas Department of Agriculture has adopted rules that infringe on the exemption and threaten small farmers.

These rules create a dangerous precedent that could impact the way the federal rules are implemented in other states as well. FARFA has filed suit to put a stop to them.

The Farm and Ranch Freedom Alliance (FARFA) has filed a lawsuit against the Texas Department of Agriculture (TDA), challenging the agency’s improper and unconstitutional new rule to implement the federal Produce Safety Rule.

As in many states, the Texas Ag department is the primary agency implementing the FDA’s new rules under the Food Safety Modernization Act (FSMA).

But TDA’s rule imposes even more burdens than the FDA’s FSMA rule. We have heard that TDA is encouraging other states to follow its lead in how to implement FSMA, so if we don’t stop it here, this government overreach onto small farms is likely to spread across the country.

FARFA tried to work with TDA through the administrative process, setting out our concerns both in meetings with the staff and in a letter to TDA during the public comment period. But they ignored it.

This lawsuit is vital to protecting the Tester exemption for small farms (which we fought so hard to get Congress to adopt) from being undermined by state agencies.

FARFA worked with Senator Jon Tester (D-MT) while FSMA was being debated by Congress, to ensure that small, direct-marketing farms would be excluded from the new rules that were designed for conventional large farms.

We predicted that the FDA would develop rules that were too expensive for small farms, as well as not well-suited to how a small, diversified farm operates. And we were right—government estimates are that the Produce Safety Rule would cost a fully regulated small farm anywhere from $21,000 to $25,000 per year on average, a burden that would drive most small farms out of business. The rules also create difficult and cumbersome provisions for the use of compost, compost teas, manure, surface water irrigation, and the presence of livestock on the farm. So, protecting the Tester exemption is critical!

In the lawsuit, FARFA seeks a permanent injunction to stop enforcement of TDA’s rules as published. We challenge the provisions that require exempt farms to go through a “pre-assessment” and biennial review by TDA, under which the agency claims authority to do on-farm inspections.

These inspections are not only a violation of the farmers’ constitutional rights to be free of unreasonable searches, but they carry punitive fines. If an exempt farmer does not allow the inspection, TDA can fine the farmer $500 for the first day of non-compliance, which balloons to $1,000 on the second day, and $1,500 every day thereafter.

Farms that are exempt from the FDA’s Produce Safety Rule—based on revenue caps and distribution methods—must keep records to prove their exemption. In no way do these requirements justify TDA’s forced entry onto a farm for a physical inspection.

FARFA’s suit also challenges TDA’s creation of a new standard, “egregious conditions.” TDA’s rule provides that if an inspector finds what he or she determines to be “egregious conditions,” the inspector can shut down all sales from the farm, whether exempt or not. Despite our repeated requests to not use a new term, or at least to define it clearly, the agency’s rule uses a broad, vague definition that puts all produce farmers at risk for inconsistent and arbitrary enforcement actions.

The petition is posted at farmandranchfreedom.org.

Please help to protect small-scale produce farmers from this threat. To our knowledge, Texas is the only state—so far—in which an agency has adopted regulations that alter the federal rule requirements. But if not stopped, this practice is sure to spread.

Updates will be posted at http://farmandranchfreedom.org/tda-lawsuit2019

Thank you for standing by small produce farmers!