On Tuesday, October 22, the Farm-to-Consumer Legal Defense Fund (FTCLDF) and one of its members, Mark McAfee of Organic Pastures Dairy, filed suit against the U.S. Food and Drug Administration (FDA) in the United States District Court for the District of Columbia. Our lawsuit seeks to force the agency to act on FTCLDF’s petition to permit the transportation of raw butter across state lines. The FDA has improperly banned raw butter as part of the agency’s (wrongheaded) interstate ban on raw fluid milk.

FTCLDF and McAfee filed a raw-butter petition with the FDA on June 22, 2016. As we detailed in our petition, the FDA lacks the authority to include butter in its interstate raw-milk ban in the first place, since Congress has specifically prohibited the FDA from changing the standard of identity of butter. After the FDA failed to provide any substantive response to our petition—a clear violation of the Administrative Procedure Act, which requires agencies to respond to citizen petitions within six months—we were forced to sue the agency.

Lifting the FDA ban could provide a great step for small farmers producing this nourishing food to expanding production and providing their products to more consumers, who recognize the health benefits of raw butter and struggle to find producers. As you may know, raw (unpasteurized) butter is a nutrient-dense, low-risk food. Many Americans prefer raw butter because of its taste, nutrient density, and easy digestibility. It also has a positive safety record. Studies show pathogenic bacteria do not grow well in raw butter.

The FDA’s ban on the interstate transport of raw butter was put in place by the agency following a 1987 court ruling that directed the agency to ban the interstate sale of raw milk and cream. “We’ve asked the U.S. District Court to issue a ruling that is consistent with the original FDA regulation,” says Joe Ramagli, FTCLDF’s Board President and an Oregon farmer. “This should have been an easy decision for the FDA.”

Initial filing of this litigation was funded by the Farm-to-Consumer Legal Defense Fund, the Raw Milk Institute, the Weston A. Price Foundation, and a number of individual donors. I am so grateful to our allies for their hard work and support on this. Litigation is expensive, and we are just beginning this effort. We will keep you notified of progress on this lawsuit. 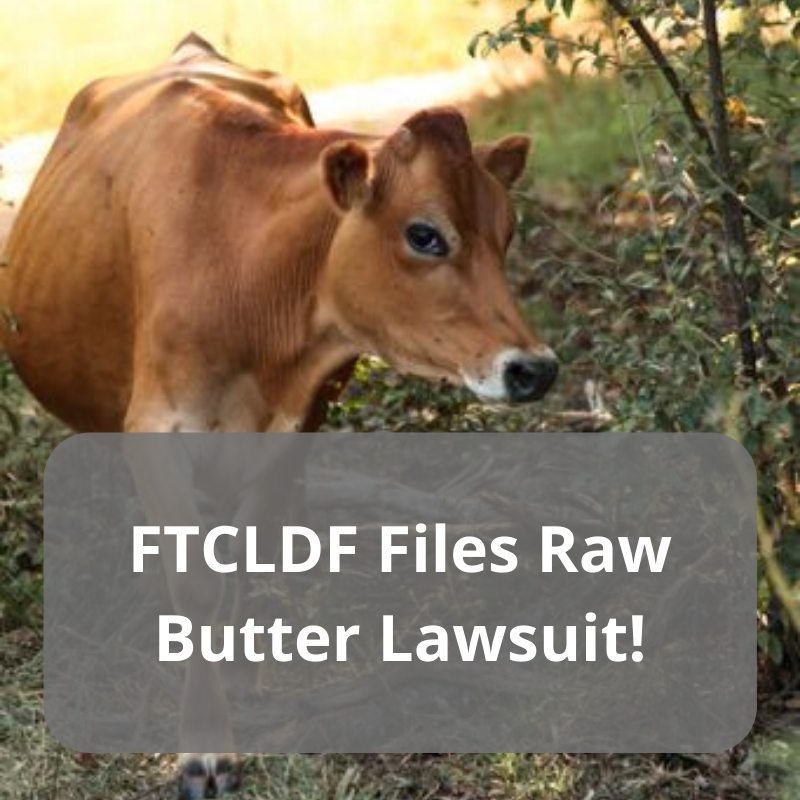