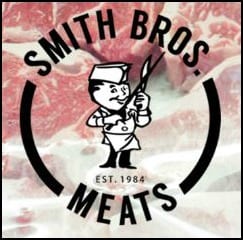 The Wisconsin Department of Agriculture, Trade and Consumer Protection (DATCP, pronounced “dat-cap”) is commissioned by the state legislature to promote the interests of Wisconsin agriculture. With Congress’ repeal of Country of Origin Labeling (COOL) laws on beef and pork products, DATCP has a great opportunity to promote locally produced meat. More consumers want to know where their meat was produced and more want to buy locally where they know the source, especially with the recent increase in imports to the U.S. from countries with a history of hoof and mouth disease. Rather than help boost demand for locally produced meat, DATCP has instead decreased its availability due to a recent enforcement action against Smith Bros. Meats.

Smith Bros. is a family owned and operated business in Colby whose services include on-farm slaughter and butchering at the company’s retail store. Smith Bros. has been in business for over 30 years, has a good reputation for providing quality service, and has over several hundred customers in the company’s slaughtering and processing business. Smith Bros. has a meat establishment license issued by DATCP and is registered with DATCP as a mobile slaughterer in order to conduct on-farm slaughter.

On November 23, DATCP Secretary Ben Brancel entered a summary special order requiring Smith Bros. to cease any custom mobile slaughter for a period of five years. A beef producer and customer of Smith Bros. had placed an ad on Craigslist offering for sale meat being held at Smith Bros. that had been custom slaughtered and processed. DATCP sent an undercover officer over to investigate and subsequently it made a request for custom slaughter and processing records beyond what Smith Bros. had already provided. Wisconsin law requires that firms engaged in mobile custom slaughter file a monthly report listing those for whom the business provided mobile custom slaughtering services, the number and type of animals slaughtered for each customer, and the disposition of each carcass, including information on whether a carcass was transported to another location for processing and, if so, the location to which it was transported. DATCP supplies the forms for the record-keeping requirement; Smith Bros. has filled out these forms each month since its inception.

When a dispute arose between DATCP and Smith Bros. over providing additional information beyond what state law routinely requires, DATCP could have sought to obtain the information through a subpoena which would have given Smith Bros. a measure of due process, but instead issued the order shutting the business down. In doing so, DATCP deprived the community Smith Bros. serves of a valuable resource.

Paul Pierce, who is the Director of Regulatory Services in the Bureau of Meat and Poultry Businesses for DATCP’s Division of Food and Recreational Safety, is the official who initiated the investigation. Since it has been in existence, FTCLDF has received more complaints about Pierce than any other regulator. A good regulator is someone who does their best to help the producer while still protecting the public health. Then there is Pierce, who seems to have a life’s mission to make it as miserable and difficult as possible for Wisconsin meat processors to earn a living. Pierce likes playing legal games of gotcha: sending undercover investigators to snare quality food producers and then either fining them or suspending their operations. Pierce could have sent an inspector over to Smith Bros. to explain the law and warn the firm to cease and desist but took the undercover route instead.

The restriction to one owner for animals slaughtered on the farm prevents Wisconsin livestock farmers from meeting the demand for locally produced meat. Consumers want to purchase meat from animals that aren’t subject to the stress of being transported to a slaughter facility, but a majority of them either don’t have the freezer space or the money to buy a whole animal; a quarter animal would do just fine. From the producers’ standpoint, the one owner requirement decreases their market; many of them might only want a portion of the animal for their own consumption. Lack of freezer space might be a problem for them, as well.

The DATCP action has Smith Bros. considering whether to end its mobile custom slaughter business. If this happens, it would be a tremendous loss to north central Wisconsin. There are several custom slaughterhouses in the area, but there are a number of cattle farmers currently doing business with Smith Bros. that do not have trailers and do not have good setups on their farms for loading their livestock onto trailers for transport to custom houses. The expenses for these farmers in getting their animals slaughtered and processed would increase; some of these farmers would have trouble finding haulers to take their cattle to the slaughterhouses.

Smith Bros. doesn’t have large profit margins on custom slaughter and processing, and its owners believe DATCP won’t stop coming after them. DATCP could be a major contributor to the prosperity of small farmers and meat processors but is instead choosing to be a roadblock.