Protecting our small farmers with a 2-tier food regulatory system

Q: When did we sell out the small farmers in California farmers markets?
A: Twice: Once in 2008 and again in 2014

You weren’t invited to participate in the major rewrite of regulations impacting small farmers. Small farmers weren’t invited or consulted either. These bills created a stealth competitive barrier for small farmers in farmers markets, and a barrier to entry for beginning farmers by opening the doors to mega-producers and resellers. How was this done? By quietly changing the regulations.

The first warning signs emerged in March, 2008, via a Los Angeles Times article by Russ Parsons. Entitled “Food Fight over the Cream of the Crop“4, the article reported a heated eruption of competition between produce brokers buying and shipping to Las Vegas and New York restaurants, and area chefs who were left without. Forget for a moment that selling to resellers such as food brokers and restaurants was disallowed by the Direct Marketing Act of 1977, which required that farmers sell directly to consumers. In fact, you may notice the article’s absence of comment or concern for individual market goers, other than to incorrectly say they aren’t affected. In truth, on more than one occasion, individuals were unable to buy for themselves and their families because the farmer sold everything to a reseller. A reseller who, we’re told, is given ‘first dibs’ by the market rule forbidding farmers to sell to individuals between 8:00 and 8:30 a.m.; this is to give chefs first access and buying priority for anything they may want from any farmer.

A few months later, AB2168 was finding its way through the legislative halls in Sacramento. Simply put, AB2168 fundamentally changed the farmers markets by removing the direct connection between farmer and customer. Among other things, it completely redefined what “direct sales” meant, and now included sales to organizations, entities, CSAs, and more. Primarily, it sanctioned the heretofore disallowed resale of food by restaurants and food brokers (who often shipped out of state) and it widened distribution channels. Large farmers benefited further from relaxed regulations specifically intended for small farmers selling direct to consumers.

Then in 2011, a mainstream media story broke about fraud in the farmers markets. However, it seemed to many market farmers that, rather than an epidemic, a few creative entrepreneurs were—wait for it—reselling food. So it seemed that the AB2168 legislation, which allowed reselling, may have hoisted the bill originators on their own petard. The answer, of course, was more legislation.

Widely touted as the anti-fraud bill, AB1871 did a few extra things: (1) It more than tripled farmer fees. (2) It repealed the existing law requiring California Department of Food and Agriculture (CDFA) to provide for an informal hearing process concerning grievances relating to a Certified Farmers Market. (3) Farmers must grow everything they produce.

This sounds reasonable until you consider that most beginning small farmers are bootstrapped in time, energy and money, making mistakes and just getting started. The only farmers who could possibly make a living by immediately producing everything they sell are established mega-farmers. And large, established farmers have access to traditional distribution channels. Small farmers have only one distribution channel for what they grow—farmers markets.

So how did this all happen? Farmers market ‘hosts’ (city government, nonprofits, etc.) make a percentage from all farmer sales. Some now require a business license, also based on the farmer’s annual sales. The more farmer sales, the more money they make.

Motivated by wanting more money from their farmers markets, first they cannibalized existing markets within their jurisdiction by opening more and more markets. This typically and immediately reduced sales for existing small farmers, while providing increased revenue for the sponsoring cities/nonprofits. It still wasn’t enough.

So in 2008 a handful of enterprising individuals, market managers, city governments and nonprofits worked with Sacramento politicians to fundamentally change the Direct Marketing Act of 1977. This uniquely pivotal Act had singularly kept small farmers in business by providing the only distribution outlet available to them—farmers markets. It did this by acknowledging that safety regulations required for industrial/commercial growers didn’t fit small growers. The government eased the stringent regulations which called for minimum size, labeling, standard pack, and container requirements. For the small farmer, the only requirement was that he/she sell directly to their customers, those who would eat the food.

Adopted rules issued pursuant to AB1871 allowed for public comment but, in reality, public comment was discouraged. Small farmers’ input had not been sought during the bill writing process and, reportedly, CDFA advised some small farmer callers that since the bill had already been signed by the governor in September, a comment would not make a difference. CDFA would accept comments, but the comments wouldn’t change anything.

Small and beginning farmers are an endangered species. This battle cry has been given so much lip service over recent years by politicians, it is reasonable to believe that ChapStick is included in their investment portfolios. But for today’s small and beginning farmers, it smacks of deception. Especially in farmers markets which, while stating they support small farmers, have cannibalized themselves, watered down small farmers’ sales, given preferential treatment to resellers, and now have set small farmers up for failure by asking them to compete with mega-producers who have the one thing small farmers don’t have—access to traditional distribution channels.

So it seems now that a small farmer’s ability to pay bills, including their farm mortgage, is increasingly threatened by stealth-like Assembly bills driven by city governments and nonprofits. Without input from small farmers, who are already heavily leveraged in money, time and energy resources, it quietly puts them out of business.

Is this who you want to buy from in your farmers markets? Multi-millionaire mega producers normally found in Safeway and without the appropriate regulations required for high volume?

Time for a 2-Tier System!

There seems to be a growing consensus and increasing support for a long overdue remedy via a simple 2-tier food regulatory system. A 2013 resolution authored and submitted by farmers Ken and Kathy Lindner was passed by the members of the California State Grange after an active discussion period.

Our understanding is that the proposed 2-tier system is somewhat similar to the cottage food law. Unlike the cottage food law which allows for annual in-home inspection of the kitchen originating the prepared foods, the first tier of the 2-tier system supports a non-regulatory climate for authentic small farmers. These are farmers who eat what they produce, feed their families, friends and the communities where they live.

The first tier, like the Direct Marketing Act of 1977, is strictly for small farmers. The requirement to be in this tier is to be authentically small and sell directly to consumers. Because customers know where their food comes from and can ask all the questions they want, government oversight is unwarranted and unnecessary.

The second tier is for large and very large producers who sell through a middleman, often a broker/distributor. With the direct connection between farmer and consumer broken, regulations apply. This is reasonable since, to the customer, the food is not only anonymous, it also requires more handling, storage, transport, and display. Customers cannot have their questions answered by the producer at the time of purchase.

Also, since California does not define what a small, medium, large or very large farmer is, the 2-tier food regulatory system would provide this based on annual farm sales. Our sources point to a modest starting point as defined by USDA. Currently this is: Small: Under $350,000; Mid-sized: $350,000-$999,999; Large: Over $1 million. [NOTE: Large size farm definition’s sales increased x4 from previous definition.]5

A long overdue 2-Tier Food Regulatory System in California would finally recognize the unique contributions and challenges of small-volume farmers. Specifically, a 2-tier system will:

3. Re-invoke the definition and intent of the Direct Marketing Act of 1977.

6. Farmers who authentically remain small are not penalized.

7. Provide a fair and even playing field of market competition among small farmers.

8. Antiquate the ‘get big, or get out’ mantra of the 1970s which has caused the deepest rural crisis since the Great Depression.

9. Officially recognize that the one-size-fits-all regulatory climate does not work.

Essentially, the 2-Tier System will acknowledge the original intent of the Direct Marketing Act of 1977 and reinstate small-farmer protections and support, which have been recently superseded by AB2168 and AB1871.

Please remain aware and informed about the 2-Tier Food Regulatory System in California. As we join with other supporters to restore market protection for our small farmers through legislation, we will need your full support. Please stay tuned—more good news is coming! 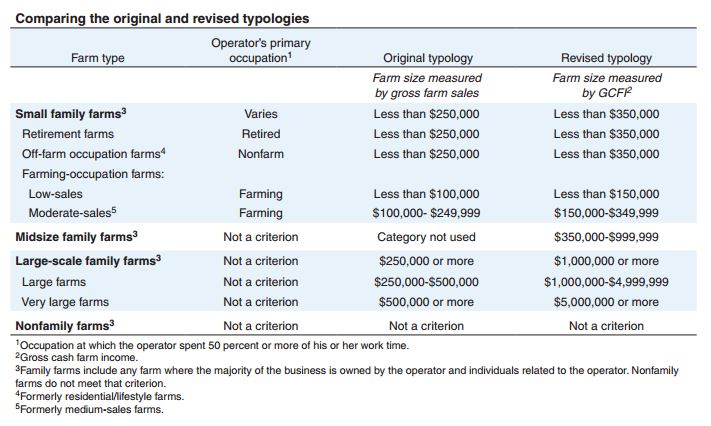 * * * * * * * * * * * * * *
References:
1 “Selling out” is the compromising of integrity, morality, authenticity or principles in exchange for personal gain, such as money. Selling out may be associated with attempts to tailor material to a mainstream or commercial audience. Source: Wikipedia

3 AB1871 – 2011
Touted as the anti-fraud bill, among other things, this bill more than tripled farmer fees and created a new crime while repealing existing provision for an informal hearing process concerning farmer grievances related to the Certified Farmers Markets.
http://leginfo.legislature.ca.gov/faces/billNavClient.xhtml?bill_id=201320140AB1871

4 “Is big business raking over the farmers’ markets?” by Andrew Schneider [3/10/2008] republishing LA Times article by Russ Parsons, “Food Fight over the Cream of the Crop”
http://www.coldtruth.com/2008/agriculture/sustainable-food-agriculture/is-big-business-raking-over-the-farmers-markets/
[original post, http://articles.latimes.com/2008/mar/09/local/me-market9]