FTCLDF Goes Back to Court for Oral Arguments on April 8 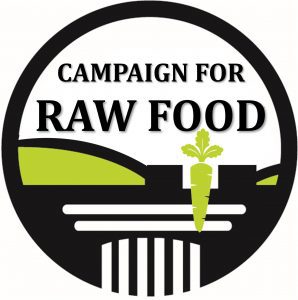 Mark McAfee, owner of Raw Farm by Organic Pastures Dairy, and Farm-to-Consumer Legal Defense Fund (FTCLDF) have been litigating the issue for almost five years against the FDA. Oral arguments on the most recent appeal are scheduled for 9:30 a.m. EST April 8, 2022.

Oral arguments can be viewed live at this link on the District of Columbia Circuit Court website.

Because the ban potentially affects additional fresh, whole foods Americans traditionally buy, a coalition of independent farmers and concerned consumers have launched The Campaign for Raw Food. Food that might be affected by the FDA’s ruling using a broad law called the Public Health Service Act (PHSA) include foods like unpasteurized dairy, including butter, milk, and cheeses, oysters, sushi, rare meats, and even fresh fruits and vegetables, like lettuce.

“We appealed this ruling to protect our farmer and consumer members from extraordinary government overreach,” says FTCLDF Executive Director Alexia Kulwiec. “Without either legislative approval or evidence of harm, the FDA has prohibited the interstate sale of a safe, and nutrient-rich product, and suggested the agency has nearly limitless authority to do so.”

The Case Against FDA Overreach

FDA and a D.C. District Court judge have ignored the historical development of the regulation of butter, permitting an unauthorized ban on raw butter, a wholesome, nutritious food.

Unlike many of America’s foods, Congress intentionally preserved its authority to regulate butter because it was such a “standard commodity” of great importance to farmers and consumers. Congress specifically did not delegate authority to regulate raw butter to the FDA, yet the FDA has issued a ruling to ban the interstate sates of raw butter, which is outside the FDA’s authority.

In his May 24, 2021 ruling, U.S. District Court Judge Rudolph Contreras minimized the importance of the Congressional decision to retain authority to regulate butter, finding instead that the FDA has the power to ban foods indefinitely under a public-health law meant only for emergencies. Such a ruling could potentially permit the FDA to regulate any raw food with minimum justification.

“Congress has long excluded butter from the FDA’s authority,” says Subbaraman. “If the FDA can use the PHSA to evade this key limit, the FDA is free to ban not only raw butter but also apples, oysters, sushi, and every other raw food that Americans hold dear.”

McAfee and FTCLDF petitioned the FDA in 2016 to overturn the FDA’s ban on the interstate sales of raw butter. When the FDA failed to respond to their petition, they were forced to file suit in 2019 to demand one, finally leading to an FDA decision in February 2020. On May 24, 2021, Judge Contreras upheld the ban as proper under the PHSA, despite the FDA’s failure to link a single outbreak of foodborne illness to commercially-produced raw butter.

“The use of public health law by the FDA to ban raw butter access represents an unfounded abuse of authority,” agrees McAfee. “This must stop for the health of our consumers and the right of farmers to produce safe, whole, unprocessed, nutrient-dense foods to feed us all.”

Press Contacts for The Campaign for Raw Food