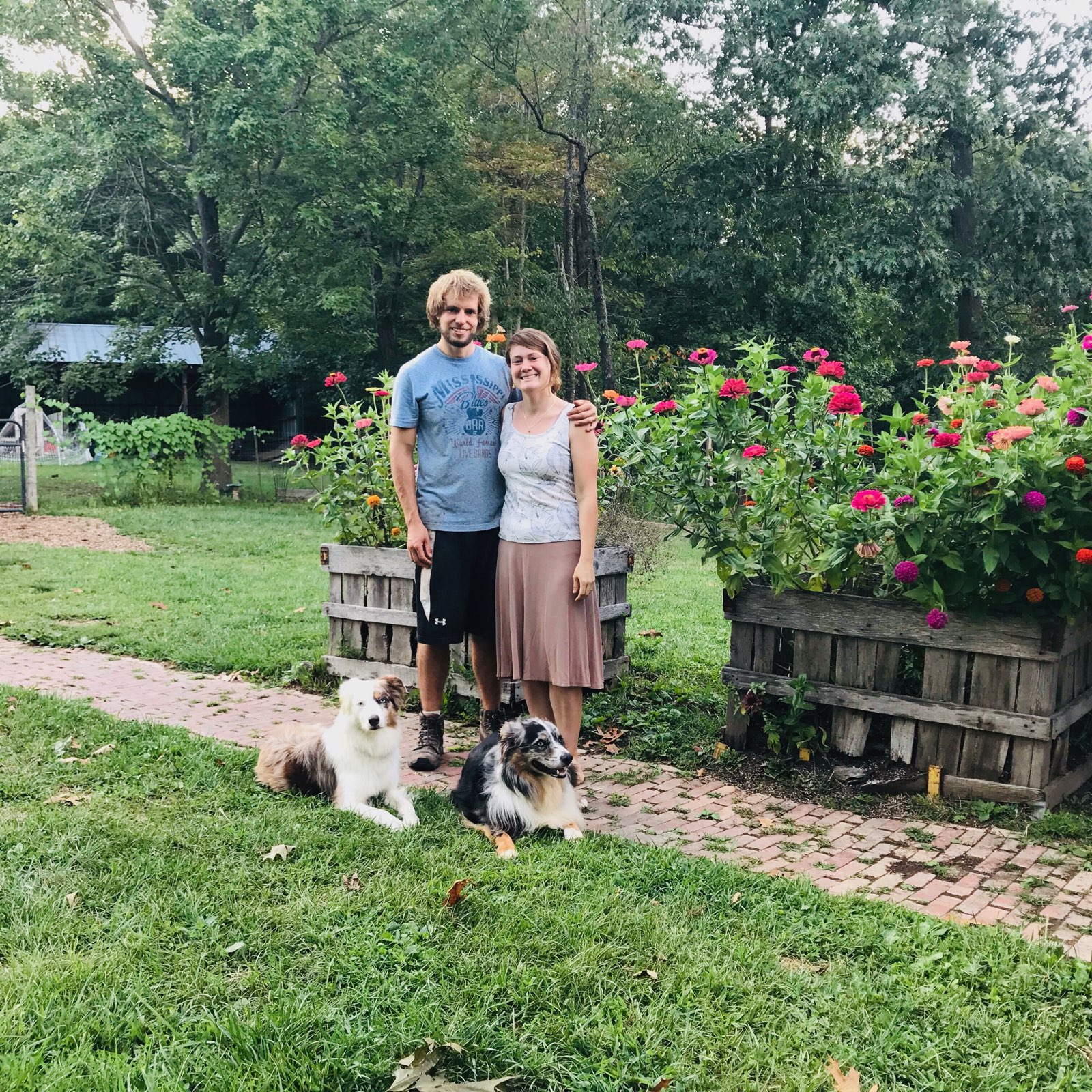 Jess and Logan Peck own and operate Rooster Dirt Farm in northwestern Virginia. The Pecks produce a variety of mushrooms as well as pastured chicken eggs while following organic practices. They sell their products in surrounding counties. The Pecks encountered trouble in mid-March when COVID-19 concerns were escalating but before the stay-at-home order. They’ve been members for years and are glad that they were already members when their story occurred.

Our whole fiasco with the government trying to shut our farm down came on a Monday in mid-March and began with a call from one of our chefs we sell to. He notified us that the local Loudon County health inspector came into his restaurant, impound stickers in hand, and asked where our farm’s mushrooms were. The inspector said they had received an anonymous tip that we were not an approved source of food. The chef asked the inspector a few questions which she could not answer and told the chef to call her boss at the local Loudon County Health Department. We didn’t think much of it at the time because we had researched the regulations and we knew we were in compliance with everything. I asked the chef to get back to me once he had an answer.

Two days later we got another call from one of our brick-and-mortar farmers markets that we sell to. This time it was the Virginia Department of Agriculture and Consumer Services (VDACS) there seizing our mushrooms because they said we were illegal, according to them. Once again, the store owner pressed for more information on exactly what was wrong and the inspector had no answers and only said his boss told him to find every establishment we sell to and remove our product. It is important to note that we did not receive any notifications from the government yet about our operation supposedly being illegal. If they really thought our product was at risk, you would have thought they would have notified us so we could have stopped distribution, right? Luckily we have great relationships with all of our chefs and store owners and we received notifications from them about what the food police were up to.

After getting the news from that store owner, we were in a panic and immediately called the Farm-to-Consumer Legal Defense Fund (FTCLDF) members-only emergency hotline number. The lady who answered took down our info and a quick blurb about what happened and said she would forward it to an attorney. Within 10 minutes a lawyer was in contact with us and helping to make a game plan. She sent VDACS an email asking what we were doing to violate their regulations. Of course the email they sent back contained generic links to VDACS’ website and the Food and Drug Administrations’s (FDA) website stating the rules that we were already compliant with. A few more emails back and forth revealed they were going off of allegations that we were selling “illegal prepared food items” to restaurants, which was unfounded. We have never prepared any food to sell, let alone to a restaurant. They also cited a Food Safety Modernization Act (FSMA) law which did not apply to us.

After all of this harassment, defamation of business character, and loss of product income for two weeks, we had done nothing wrong. We had always been in compliance and had been blindly attacked by the government’s so-called health officials. Of course, we never received an apology or admittance that it was their mistake. I must say though that the individuals I spoke with at VDACS were helpful and kind to me but clearly they don’t communicate with each other well and are severely disorganized.

If it wouldn’t have been for the FTCLDF, we do not know what we would have done. As soon as we got a lawyer from them, the regulators changed their tune very quickly and knew they couldn’t bully us around on unfounded allegations. I would recommend anyone, farmer or consumer, to join the FTCLDF to help protect our freedom for food choice.