Falls Church, Virginia (December 27, 2012) — The Farm-to-Consumer Legal Defense Fund (FTCLDF) has agreed to administer a litigation fund to be used to help finance the Drakes Bay Oyster Company’s lawsuit against the United States National Park Service. Drakes Bay Oyster Company (DBOC) is a family-owned, environmentally sustainable oyster farm on the shores of Drakes Estero within the confines of the Point Reyes National Seashore in Marin County, California. The Lunny family has been farming and ranching in Point Reyes for more than three generations.

On November 29, 2012, Secretary of the Interior Kenneth Lee “Ken” Salazar issued his decision for the National Park Service (NPS) not to renew a lease DBOC had with the federal government and ordered the company off the land within 90 days. This would mean the job loss of 31 full-time employees and millions of dollars in oyster products. DBOC filed a lawsuit against NPS on December 4, 2012 in the United States District Court for the Northern District of California, seeking a declaration that the decision not to renew its lease was not in accordance with applicable law. The company has also filed for Motion for a Preliminary Injunction seeking to put a hold on the Park Service’s decision while the lawsuit is ongoing.

Oyster farming has been conducted in the Drakes Estero (named for Sir Francis Drake who landed there in 1579) for thousands of years since the times of the first nations. In the early 1800’s, Mexican land grantees established rancheros and since then waves of American agricultural operations have continued to operate in the area. In 1962 the Drakes Estero became part of a national seashore pursuant to an act of Congress. The over 8,000 acres surrounding the Drakes Estero and the Pacific Ocean shoreline were purchased by the federal government in 1972. The existing oyster operation at that time was granted a permit to operate from the federal government and did so for the next 40 years. In 2004, DBOC purchased the previous oyster operation and began to sustainably farm and harvest oysters at the site, taking over the lease and the permit.

DBOC represents the continuation of a California tradition. Since the 1930’s thousands of Californians have made the trek to Drakes Bay to purchase oysters. The company’s oysters have long been featured in restaurants throughout the San Francisco Bay Area. [Click on images below to view Bay Area and Drakes Estero] 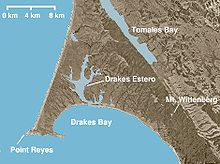 The Drakes Bay case is more than just being about preserving a California tradition, it’s a statewide food security issue as well. For each of the past three years, DBOC has been responsible for anywhere from thirty to forty percent of the state’s oyster production; forcing the company out of business would mean that the state could only make up the lost production by importing from overseas.

DBOC and FTCLDF have entered into an agreement whereby the company will solicit support from its customers, supporters, restaurants and others from the Bay area and the surrounding counties of Marin, Sonoma and Napa; and FTCLDF will administer the fund. Monies in that fund will be used to finance the company’s public interest litigation against the National Park Service. Contributions to the DBOC fund are not tax deductible as charitable contributions.

Please click here to contribute to the fund for Drakes Bay Oyster Company. 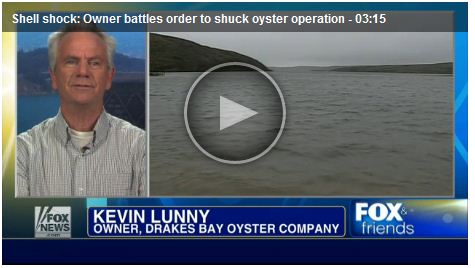 Sign the White House petition, “Save the Drakes Bay Oyster Co. by reversing the decision of the Interior Department.“