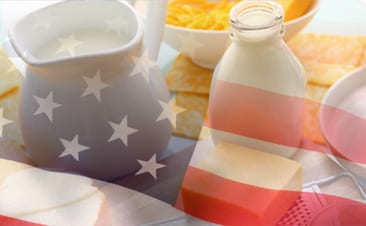 June was a great month for food freedom in New Hampshire–one in which the state did right by its motto, “live free or die”. Two different bills were signed into law which will potentially set a favorable precedent elsewhere for those producers selling raw milk and those consumers trying to obtain the food of their choice from the source of their choice.

The dairy amendment creates an opportunity for producers to increase their income by selling value-added products, something very few other states allow. It is difficult to see why states have not legalized the sale of raw dairy products other than milk and cheese aged 60 days because in the states where the sale of raw butter, cream and yogurt have been legal there are few, if any, cases of foodborne illness attributed to the consumption of these products.  The sale of aged raw cheese is legal in every state but even small-scale cheese producers are subject to burdensome dairy plant requirements to be in compliance.

In addition to expanding the kinds of raw dairy products that can be sold, the bill also allows the sales to take place at farmers’ markets. Most states that have legalized the unlicensed sale of raw milk have limited sales to the farm, decreasing the producer’s potential customer base. The bill (HB 1402) is a significant step in opening up new markets for small-scale raw milk producers. 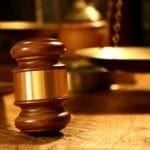 The other important law enacted in New Hampshire in June has nothing directly to do with food rights but can still be a precedent that could substantially impact the right to obtain raw milk and other foods of choice. On June 18 a bill strengthening the jury’s power to engage in jury nullification was signed into law. The bill (HB 146) requires that “in all criminal proceedings the court shall permit the defense to inform the jury of its right to judge the facts and the application of the law in relation to the facts in controversy.”

The importance of jury nullification to raw milk and other food rights issues is that judges in this country have refused to recognize that there is a fundamental right to obtain the foods of choice, that there is a difference between public and private distribution of food, and that people have the right to waive the protection of the public health laws. Further, the courts have indicated that if raw milk producers and consumers don’t like their rulings, they need to convince the legislature to change the law.

The frequent problem with this solution is that the dairy and big Ag lobbies dominate the legislature at the state and federal level, making it difficult for raw milk proponents ever to be heard. Earlier this year supporters of a raw milk bill that was introduced in the Minnesota legislature tried to get an informational hearing on the bill before the Minnesota Senate Agriculture Committee. No fewer than twelve lobbyists from the dairy industry along with legislative liaisons from both the state departments of public health and agriculture successfully lobbied the committee chair not to hold the hearing.

With the courts refusing to recognize that freedom of food choice is a fundamental right and legislatures being under the control of big Ag and the dairy lobby, jury nullification is another way to protect the right of people to access raw milk and other foods that are criminalized by the corporate state. Minnesota and Wisconsin—with farmers being criminally prosecuted in each state for raw milk sales and distribution—are states that would do well to pass jury nullification laws.  Jury nullification should be a well-known established right everywhere in the U.S. New Hampshire has started the country in the right direction.

This article originally appeared in the August-September 2012 edition of Graze Magazine. Those interested in learning more about Graze may go to www.grazeonline.com or call 608-455-3311.