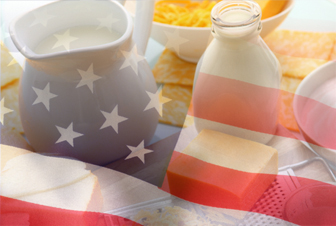 In the 2015 legislative session, six states passed legislation increasing raw milk access. While it doesn’t look like this year’s session will be as productive, there are several states that have a good chance of passing raw milk bills. Opposition to raw milk still exists but seems to be decreasing every year. This session, about 15 states have introduced bills that would increase raw milk access. Legislation that is still alive includes bills for the following states.

Currently, raw dairy sales are prohibited. Two bills introduced last year have been carried over into this session. Senate Bill 381 (SB 381) would allow the distribution of raw milk and raw milk products through herdshares; the farm or dairy must be registered with the department of health but the department would have no rulemaking power over herdshares. Senate Bill 588 (SB 588) would allow sales at a farm or roadside stand and the health department may adopt rules to regulate production and distribution but must be consistent with laws in other states that allow the sale of raw milk and raw milk products. Both bills have been re-referred to the Senate Water, Land and Agriculture Committee (WLA) and to the Commerce, Consumer Protection and Health Committee (CPH).

Current law prohibits herdshares and the sale of raw milk for human consumption. House Bill 79 (HB0079) would legalize the distribution of raw milk and raw milk products direct from the producer to the final consumer through a herdshare agreement. The House Health and Government Operations Committee held a hearing on the bill February 2nd; no action has been taken since.

The legislature is in the second of a two-year session. Current law allows the on-farm sale of raw milk by licensed dairies. House Bill 3648 (H.3648) would legalize the distribution of raw milk through herdshare operations. The bill is in the Joint Environment, Natural Resources and Agriculture Committee; a hearing was held last fall but no further action has been taken.

Senate Bill 419 (S.419) would allow licensed raw milk farmers to sell at farm stands located off the farm premises and allow the off-farm delivery either direct from the farmer, the farmer’s agent or through a community supported delivery system (e.g., CSA). Delivery can be made direct to the consumer’s residence or to a dropsite; for CSAs, delivery can also be made in a retail setting. A hearing was held last October but no further action has been taken.

Several bills increasing raw milk access have been introduced. Current law allows the incidental on-farm sale of raw goat milk from herds no larger than nine milk producing goats. House Bill 1132 (HB 1132) would expand raw goat milk access to sales at farmers markets and allow the on-farm sale of raw cow milk. There would no limit on the number of milk producing cows on the farm. The bill also clarifies that there is no prohibition against giving away or donating any raw milk to other persons. HB 1132 has been referred to both the House Committee on Agriculture and the House Committee on Public Health and Human Services.

House Bill 1133 (HB 1133) would allow the distribution of milk through herdshares and states, “Nothing…shall be construed as prohibiting the independent or partial owner of any cow, goat, or sheep from using the milk from such animal in its raw or adulterated form for the owner’s personal consumption or other personal use.” HB 1133 has been referred to both the House Committee on Agriculture and the House Committee on Public Health and Human Services.

The Mississippi On-Farm Sales and Food Freedom Act, HB 1143, has been referred to the House Committee on Agriculture. HB 1143 would prohibit “any county, municipality or any other political subdivision of this state” from regulating [with the exception of local zoning restrictions] the retail sale of farm products direct to the consumer. The bill has a provision allowing the intrastate sale of raw dairy products as long as the products are displayed separately and are not commingled with pasteurized dairy products. Sales can take place on the farm, at farmers markets and through delivery.

Raw milk sales are currently prohibited in the state. Assembly Bill 696 (A.696) and Senate Bill 1414 (S.1414) would allow licensed on-farm sale of raw milk and raw milk products; both bills state that a permit would not be required for a herdshare operation as long as there was a written contract between the farmer and consumer. Both bills have labeling and testing requirements. A.696 has been referred to the Assembly Agriculture and Natural Resources Committee; S.1414 has been referred to the Senate Economic Growth Committee. UPDATE 12/12/2016: A696 passed out of Assembly Ag committee – Click here for online petition to email all Assembly members.

The legislature is in the second of a two-year session. Current law only allows the on-farm sale by dairies with a permit. Assembly Bill 3689 (A03689), which was introduced last year, would legalize herdshare agreements without a permit.

Current law allows the incidental on-farm sale of raw milk directly to consumers. House Bill 3099 (HB 3099) would allow delivery to the final consumer’s residence as well as direct-to-consumer sales at farmers markets as long as the milk container is labeled as “unpasteurized raw milk.” HB3099 passed out of the House Agriculture and Rural Development Committee on February 10th.

Current law allows only the sale of raw goat milk to consumers with a doctor’s prescription for it. Senate Bill 2092 (S2092—view at Legiscan) is the re-introduction of the 2015 bill (S0091) and was referred to the Senate Environment and Agriculture Committee. Cited as the “Raw Milk Act”, S2092 would legalize the sale of raw milk, giving the state Milk Commission power to issue rules governing the production and sale of raw milk. The bill itself contains several requirements: the milk must be sold within five days from the date of production, labeling and signage at the point of sale, a license is required for anyone selling either more than 20 quarts of milk or cream made from more than 20 quarts of milk.

Current law allows the sale of raw milk by a licensed producer with a majority ownership in the retail store where the milk is sold. Licensed on-farm sales are also allowed as well as the distribution of raw milk through herdshares by micro-dairies (10 goats or sheep or 2 cows in the herdshare program). The Utah Food Freedom Act, House Bill 144 (H.B. 144), would allow the intrastate sale of most foods, including all raw dairy products, direct from producer to consumer. A hearing was held on February 5th in the House Natural Resources, Agriculture and Environment Committee; no action has been taken since.

Current law prohibits the sale of raw milk as well as herdshares. Senate Bill 387 (SB 387), which would legalize the distribution of raw milk through herdshares, has passed out of the full Senate and the House Health and Human Resources Committee. The bill would require the shareholder to sign a document “acknowledging the inherent dangers of consuming raw milk.” The farmer would be required to file all signed herdshare agreements with the Commissioner of Agriculture who would have rulemaking power over herdshare operations. If the bill passes out of the House, a herdshare bill will reach the governor’s desk for a second year in a row.

There are currently Constitution amendments before the state legislatures of Maine and Tennessee that would increase access to raw milk. If they pass out of the legislature, the Maine bill would be on the ballot in 2017 and Tennessee in 2018.

The Farm-to-Consumer Legal Defense Fund has provided funding and/or consultation on several of the bills listed here. Further updates on the status of the bills will be posted as events warrant.