Might the FDA, In Its Vendetta Against a Raw Milk Cheese Maker, Possibly Stub Its Toe By Interfering with Local Production? 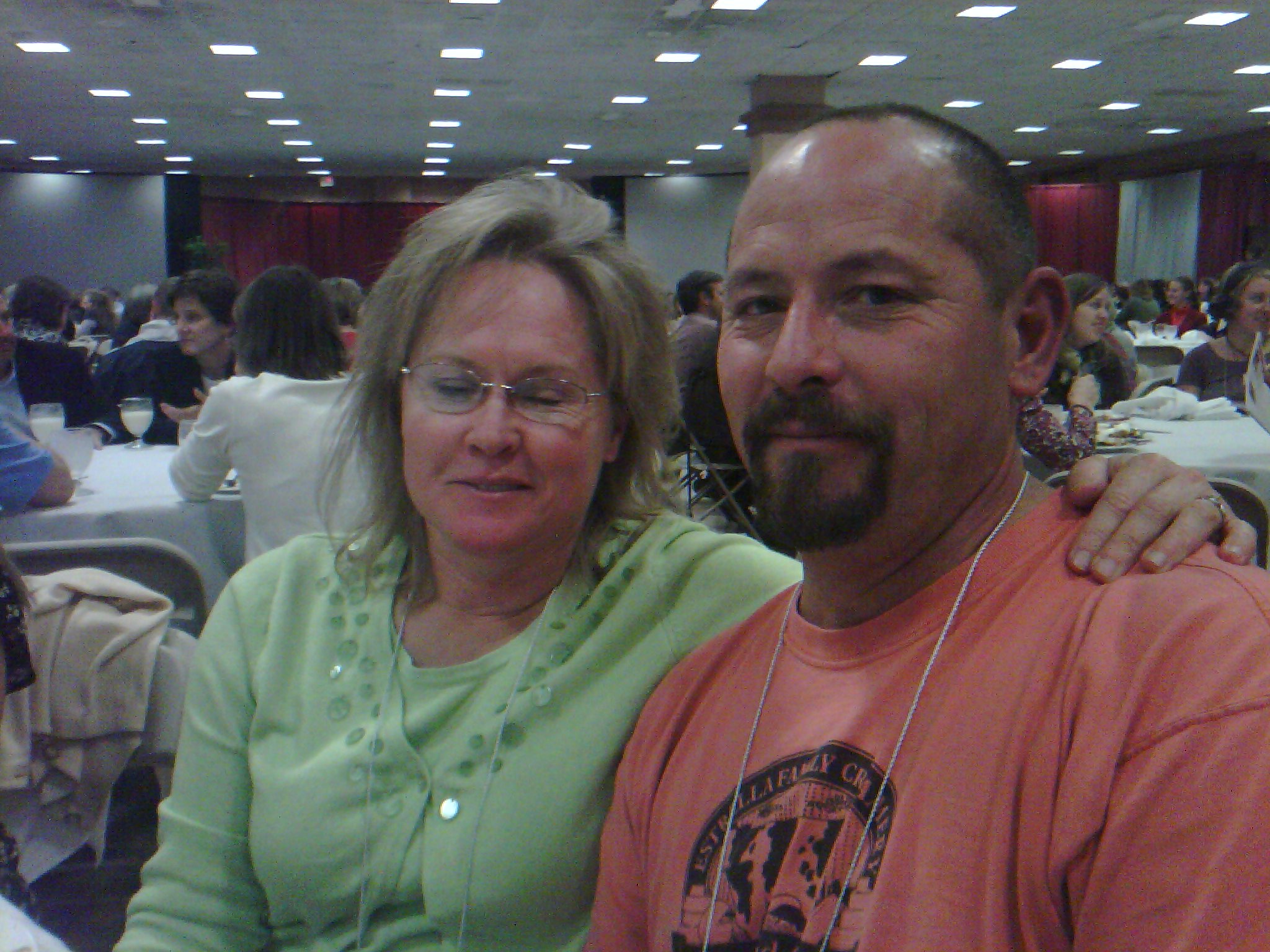 The FDA seems intent on using its enormous enforcement powers to cruelly stomp on and obliterate a tiny business that serves as the livelihood of the Estrella family, and a source of eating pleasure and important nutrition for a community of hundreds of devoted customers.

As a prime example, the agency’s latest legal action in federal district court in Washington state rejects efforts by the Estrellas to negotiate a compromise that would allow the agency to continue monitoring the company, and seeks instead an ongoing investigation process that would not only be onerous to Kelli and Anthony Estrella, but require the Estrellas to pay many thousands of dollars to support.

As I said, if this was all that was going on, it would be shameful enough. But there is more. The FDA is suggesting in the Estrella case that it has the authority to not only regulate food involved in “interstate commerce,” but to regulate operations engaged entirely in local food production and distribution–in intrastate commerce.

Interestingly, the FDA in its motion for summary judgment against Estrella Family Creamery, provides a link to a short documentary about the Estrellas, contending that Kelli Estrella acknowledges the supposedly absolute power of the FDA when she says she could be imprisoned for eating her own cheese. Yes, Kelli Estrella may bow to the FDA’s authority…but, of course, that isn’t nearly enough. (The eleven-minute-plus documentary is well worth watching, to gain a sense of who the Estrellas are and what they have endured.)

Further evidence of the Estrellas’ evil nature?
That they have expressed a desire to get back into business. “Although Defendants have represented that they are not presently distributing cheese, FDA has not confirmed that fact, and, even if true, Defendants have represented that they intend to resume operations in the future.” The evidence of this dark Estrella desire? A quote from Kelli Estrella: “It is our desire to make cheese again, but who will protect us from FDA?”

What did the agency want?
Complete destruction of the Estrellas’ $120,000 of inventory–a major part of their assets–along with various manufacturing facility improvements it wasn’t clear the FDA would approve, nor how much they would cost. When the FDA didn’t reply in late 2010 to the Estrellas’ requests for guidance on how they might dispose of the fast-spoiling cheese, the Estrellas decided to feed it to their pigs. The FDA was outraged that the Estrellas, in some warped legal sense destroyed evidence, and filed an additional complaint in federal court.

Said Kelli Estrella in an affidavit at the time:

“I am told that in France, if a safety issue ever surfaced in a cheese operation like ours, the government would work to help them stay in business, considering that cheese is a national treasure. In our case, WSDA (Washington State Department of Agriculture) was willing to work with us to make our cheese a better and safer product but the FDA did not appear to be interested in making our cheeses safer. The only thing FDA appeared interested in was putting us out of business because we are an artisanal, raw cheese maker, and FDA appears to have a bias against raw milk cheeses… We are absolutely not careless business people who purposely endangered the public, that would be business suicide and it would also be against what we believe morally.”

The Estrellas have been trying to negotiate with the FDA over the past year, seeking to settle the agency’s complaints against them by committing to becoming completely local–a cheesemaker serving only Washington state customers. In other words, to confine themselves to intrastate commerce, outside the FDA’s jurisdiction.

The Farm-to-Consumer Legal Defense Fund is representing the Estrellas, and has filed a motion against the FDA, seeking mainly to separate out the possible remedies to the FDA’s concerns from the FDA’s efforts to gain a ruling that the Estrellas violated federal food laws. As the FTCLDF explains in its own motion for summary judgment:

“Attached to FDA’s motion for summary judgment is a proposed consent decree that is onerous, burdensome, draconian and not based in reality. Specifically, the order proposed by FDA presumes that Defendants will resume cheese making operations in order to engage in interstate commerce. Nothing could be further from the truth. Instead, the Defendants have been abused by FDA to such an extent that Defendants are willing to forego their right to engage in interstate commerce, to never again have to deal with FDA, and to instead engage solely in intrastate commerce free from the draconian methods of FDA.”

As one example of how the Estrellas operated on an interstate basis, according to the FDA: they purchased rennet for making cheese from Wisconsin.

The new Estrella operation would be entirely local, according to their request for summary judgment.

Even though they would be entirely local, the Estrellas offered to submit to FDA monitoring. According to the Estrella motion,

“In an effort to achieve a compromise, Defendants offered to allow FDA to conduct inspections of Defendants’ facility to ensure compliance with the terms of any Consent Decree yet sought conditions on the limit of those inspections. FDA refused to agree to the conditions and instead insisted on complete and unfettered access to Defendants’ facility, even though FDA would lack jurisdiction over Defendants’ conduct. Defendants also offered, via counsel, to provide FDA with documents such as purchase orders, shipping invoices and other documents to demonstrate that they were not engaging in or affecting interstate commerce yet FDA refused to consider this as well.”

As an example of the consideration the Estrellas sought, they wanted the FDA to provide advance notice of when they were conducting an inspection, so the inspection wouldn’t interfere with actual cheese making operations–Kelli Estrella logically felt she couldn’t simultaneously make serious cheese and satisfy the needs of FDA inspectors as they rummaged around the cheese-making operations.

By pushing to insert itself into an intrastate operation, the FDA could be leaving itself open to a judicial reversal. Such a ruling, reinforcing the rights of local food producers to operate independently of federal oversight, could set an important precedent.

The FDA seems not very worried about this prospect. It has pretty much had its way with federal and state judges around the country, simply by playing the fear card, as it does once again in this case: “Defendants have prepared, packed, and held cheese they manufacture under insanitary conditions whereby it may have become contaminated with filth or whereby it may have been rendered injurious to health.”

So the FDA keeps testing the limits on its power, which seem nearly non-existent. The only potential problem for the FDA in this case: no one has ever become the slightest bit ill from Estrella cheese since the business started up nine years ago. A judge who bothers to carefully review the facts of this case may wonder why the FDA needs to apply the boot to the neck to confirm whether the cheese maker is operating locally.

When we look back some years from now on the sordid events of our government’s campaign against food rights, right up there at the top of the list will almost certainly be the U.S. Food and Drug Administration’s shameful vendetta against the Estrella Family Creamery.

This article was originally posted 8/26/2011 at TheCompletePatient.com; it’s reprinted here by permission.

Watch the video about the Estrella Family. This was posted March 5, 2011 on YouTube prior to the Fund taking over legal representation of the creamery. Donations to the Estrella family can be made at www.pledgie.com/campaigns/13917