The Wisconsin Department of Agriculture, Trade and Consumer Protection (DATCP) has never been a proponent of raw milk but it did allow direct sales through a shareholder exemption and honored the statutory provision for incidental on-farm sales. When DATCP turned the tables in 2009 and changed its enforcement policy, it began aggressively going after raw milk producers to strangle the distribution of raw milk. Gayle Loiselle was one of the consumers entangled in DATCP’s net when her farmer came under scrutiny. Ultimately, she became a plaintiff in one of the cases now before the Wisconsin Supreme Court.

Originally published October 15, 2014, by TheCompletePatient.com This edited version with photos and links is posted here by author’s permission. Listen to the radio interview 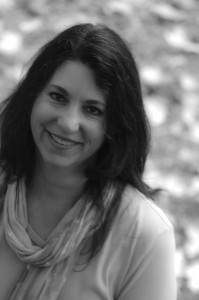 Three Wisconsin farms now have petitions for review before the state’s Supreme Court—all challenging the legality and constitutionality of contracts between farmers, private citizens and private food groups to acquire or provide fresh unpasteurized milk. The appeals are admittedly long shots, but all concerned decided that the underlying Constitutional principles made the cases worth pursuing before the state’s highest court.

Two of the cases, the Zinniker and Grassway petitions, were filed on Monday, October 6, 2014. The Vernon Hershberger petition was filed in August, 2014. All three cases are represented by the attorneys of the Farm-to-Consumer Legal Defense Fund, Elizabeth Rich and David Cox.

Grassway Organics Farm Store, owned by Wayne and Kay Craig from New Holstein, Wisconsin, filed for Declaratory Judgment against the Department of Agriculture, Trade, and Consumer Protection (DATCP), maintaining they had all the necessary licensing to provide raw milk to members of their private farm store. However, over the years DATCP has repeatedly changed its interpretation of state statutes and licensing stipulations, ultimately making it impossible for Grassway plaintiffs to comply. Then-Judge Patrick J. Fiedler, agreed with DATCP that they were in violation of licensing requirements and ruled against Grassway plaintiffs, as did the Court of Appeals.

Vernon Hershberger’s case was tried before a jury, which found nothing wrong with Vernon providing raw milk for members of his private food club. He was found not guilty on three counts of license violations, but was found guilty on a fourth count of violating a DATCP holding order. Because the jury was kept from seeing and hearing all of the facts, Hershberger appealed the guilty count, which was denied.

The Zinniker Plaintiffs, farmers Mark and Petra Zinniker, represent a third model of direct farm-to-consumer business whereby an LLC (limited liability company) purchased the Zinnikers’ entire herd of cows at market value and paid the Zinnikers to board and manage them. Zinniker shareholders, who are among the plaintiffs, then filed for Declaratory Judgment against DATCP, asking a judge to uphold their rights and declare their business arrangement legal. The motion was denied by the circuit court and the appellate court refused to rule on the constitutionality of their rights, and diverted the issue to license violations. In siding with DATCP, the judges claimed the business contracts were void because the Zinnikers did not have a milk producers license.

Thousands of Wisconsin citizens disagree with the rulings in all three cases. The U.S. Constitution’s Ninth Amendment reads, “The enumeration in the Constitution, of certain rights, shall not be construed to deny or disparage others retained by the people.” It does not say you can sell food from a farm directly to neighbors and community members only so long as you have a license! These citizens maintain they have a constitutional right to choose what they eat, and to choose where that food comes from. And that farmers and citizens have the right to exchange money or work for food, without government interference, and without a middleman, such as food processors or distributors.

In 2010, an unprecedented 800-plus people voiced their opinion at a public hearing in Eau Claire, Wisconsin in support of legislation that allowed for on-farm sales of raw milk, which later comfortably passed in both the Assembly and the Senate, only to be vetoed by then-Governor Doyle.

How can something like that happen, where many thousands of people and their legislative representatives are for something very straightforward like the right to obtain a food of their choosing, and it is denied? It bears drawing on the Declaration of Independence, “That to secure these rights, Governments are instituted among Men, deriving their just powers from the consent of the governed…That whenever any Form of Government becomes destructive of these ends, it is the Right of the People to alter or abolish it”. That veto clearly shows the disconnect between the rights and freedoms of the people and our political system.

Part of the problem is we live in an advocacy-based society that on some level is sincerely concerned about public safety. We have regulators educated by industry-sponsored textbooks that teach nonsense like “bacteria are bad” and “GMOs will feed the world.” Moreover, some of these misguided regulators honestly believe they are protecting people. And unfortunately, we also have legislative and judicial systems that are heavily influenced by campaign contributions and personal career goals.

All those factors together have created overreaching government agencies directed by overly emboldened politicians and bureaucrats who use overly dependent populations to support an overly entitled industry. Which translates into industry dictating policy, that in turn becomes administrative law, and is then blindly enforced by agencies led by political appointees.

Just to go back in time…
Three weeks before ex-judge Patrick J. Fiedler started his new career as a trial attorney at a law firm that represents Monsanto in patent infringement cases, he responded to the Zinniker Plaintiffs’ motion for clarification saying:

According to this absurd ruling, we can only eat what the government tells us we can, and farmers can only grow or raise government-regulated food. So, because a judge with an over inflated idea of his own power said it is so, the authorities are ready and willing to enforce it. To the point of armed raids on peaceful farms.

This acting out of self-imposed power among judges is not uncommon. I’ll never forget the shock I felt while sitting in the courtroom during Vernon Hershberger’s trial listening to Judge Guy Reynolds admonish the attorneys and witnesses (after the jury was sent from the room) that the words “liberty and raw milk” were not to be spoken in his court room. According to DATCP and Reynolds, the law required prosecuting Vernon on license violations, and it just didn’t matter that facts of the case were specifically about raw milk and liberty.

I have children whose lives I am responsible for, with futures I’m deeply concerned about. And I fear for the health of our planet and its ability to provide for us all. To take away people’s right to self-reliance, to live sustainably, to look after their own health; to take away people’s right to be responsible for themselves and their families to feed themselves…is wrong on many levels, and will inevitably result in a weak, sick, ignorant, dependent and easily manipulated population.

So for now, the question of food rights is in the hands of the justices of the Wisconsin Supreme Court. The way I see it, the Justices have a choice; cave in to political pressure and deflect the issue as the lower courts have done, or agree to review these three cases on the merits of constitutionality that pits food profit against food freedom.

Raw-milk advocates have sent appeals to the state’s supreme court, arguing that they have the right to purchase and drink raw milk. Joy Cardin and a food activist will discuss this, along with the political history of raw milk in Wisconsin.

Would you drink unpasteurized or raw milk? For some Wisconsin residents, fighting for the right to do so is a campaign not just about milk, but food choice as a whole.

Gayle Loiselle, a food rights activist from Dousman, is a plaintiff in one of three petitions by farms asking the Wisconsin Supreme Court to recognize raw milk sales agreements between farmers and private citizens as legal and constitutional. The petitions seek to reverse decisions prohibiting the three farms from selling milk to interested buyers.

But Loiselle said on Thursday that the petitions have a bigger aim in mind.

“The goal is to recognize that it is a basic human right to choose what we eat and where we get that food from,” she said. “Why shouldn’t I be able to choose what to feed my family?”

“I don’t need to pay taxes to have the government figure out what I can eat,” she added.

The state Department of Agriculture, Trade and Consumer Protection generally prohibits the sale – whether to an individual customer or a “food club” of individuals pooling their money – of raw milk on the basis that the unpasteurized product poses too much of a disease risk.

Loiselle, however, said the safety concerns were exaggerated, pointing to other foods such as peanut butter and cantaloupe that have been involved in nationwide recalls and which have caused deaths.

“Any food is subject to being contaminated,” she said. “On a whole, fresh raw milk is easy to produce cleanly and safely.”

She said farmers took better precautions when they knew milk wouldn’t be pasteurized, making the milk safer in the long run.

“The cows are handled very differently,” Loiselle said. “They’re out on pastures as often as possible, it’s much cleaner. The farmer knows it’s going directly into the human food chain and they take every precaution along the way.”

In contrast, she said, pasteurized milk was more likely to come from a large dairy operation, or at least a less careful one.

“Pasteurized milk consumes antibiotics, growth hormones, residues of herbicides and pesticides, lots and lots of bodily fluids that would never be allowed into raw milk,” she said.

Loiselle acknowledged that she herself had been sickened by consuming raw milk – but only once, from a farm with a 50-year history of high quality and no incidents.

“And this one time, there was an incident,” she said.

Ultimately, she said, she thought state officials were presenting a mixed message on why they were outlawing sales.

“The state statutes allow for incidental sales,” Loiselle said. “If it was such a hugely dangerous thing, why would they even allow for that? Why is it I can drink it on the farm but I can’t drink it off the farm?”

As for why she was so dedicated to the cause in the first place, Loiselle said she bought into the many health claims that have been made about raw milk, including that it reduces allergies and asthma.

And finally, she added, “It tastes really good.”

Congressman Massie (R-KY), Chellie Pingree (D-ME) and a bipartisan coalition of 17 other lawmakers introduced legislation on March 26, 2014, to improve consumer food choices and to protect local farmers from federal interference.

The “Milk Freedom Act of 2014” [HB 4307] would provide relief to local farmers, small producers, and others who have been harassed, fined, and in some cases even prosecuted for the “crime” of distributing unpasteurized milk. This bill would prohibit the federal government from interfering with the interstate traffic of raw milk products.

Likewise, the “Interstate Milk Freedom Act of 2014” [HB 4308] would prevent the federal government from interfering with trade of unpasteurized, natural milk or milk products between states where distribution or sale of such products is already legal.

No provision of either bill would preempt or otherwise interfere with any State law. Both bills have been referred to the House Committee on Energy and Commerce.

Prefer to make a tax-deductible donation? Click here for details