This is a rewrite of the April 30th original and the May 4th revision. More about the Case 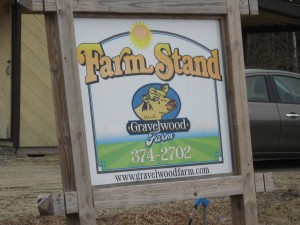 In an incredible decision rendered on May 1st, the Hancock County Superior Court ruled against farmer Dan Brown on his motion for summary judgment. The Court instead granted summary judgment in favor of the State of Maine and issued an injunction enjoining Mr. Brown from selling raw milk and other food products from his farm stand.

The State had alleged that Dan was (1) selling raw milk without being in possession of a milk distributor’s license, (2) selling raw milk without having the necessary warning label, and (3) selling other foods prepared in his home kitchen without being in possession of a retail food license. Dan had argued that for over 30 years the Department of Agriculture had a policy of allowing small, unlicensed milk producers like him sell raw milk from their farm as long as they did not advertise or solicit the sale. He also argued that the Town of Blue Hill, Maine’s local ordinance exempted him from licensing requirements. Dan was represented by General Counsel Gary Cox and his Ellsworth, Maine co-counsel Sandy Collier who argued the case on his behalf.

Blue Hill’s local ordinance provides, in part, that local food produced by a farmer and sold to a consumer for home consumption need not be licensed or inspected. The Court, however, concluded that “nothing in the Blue Hill ordinance clearly states that the town intended to include milk within the definition of local food.” What’s clear is that the judge disregarded the definitions section of the Blue Hill Ordinance:

(c) “Local Foods” means any food or food product that is grown, produced, or processed by individuals who sell directly to their patrons through farm-based sales or buying clubs, at farmers markets, roadside stands, fundraisers or at community social events.
(d) “Processor” means any individual who processes or prepares products of the soil or animals for food or drink.
(e) “Producer” means any farmer or gardener who grows any plant or animal for food or drink.

Dan’s case has been described as a test case in Maine, a state where several local food sovereignty ordinances have been passed in an effort to allow local control over the production, distribution and consumption of local foods. Unfortunately, the Court’s ruling is another example of why the public citizenry loses faith in government when it cannot obtain redress from the judicial system and why more farmers and consumers are resorting to civil disobedience as a means of asserting their rights.

A penalty hearing has been set for May 16th at 9:00 am. At that time the court will determine the appropriate amount of civil penalty to be imposed for the violations alleged in the State’s complaint.

UPDATE: The May 16 Hearing has been POSTPONED