Michael Schmidt and Montana Jones face substantial jail time for allegedly violating a quarantine order on sheep that were no threat to the public health. Here is an account of the case.

Shepherdess Montana Jones began accumulating her flock of rare Shropshire sheep in 2000. Once an extremely popular breed due to their high productivity, their hardiness, and their ability to thrive on grass, Shropshires had become progressively more rare in Canada as grain-feeding became the norm. Concerned about the dwindling biodiversity and the quality of grass-fed versus grain-fed lamb, Montana wanted to preserve and revive this heritage breed.

But in early 2010, the Canadian Food Inspection Agency (CFIA) suddenly quarantined Montana’s farm. A single sheep that she had sold in 2007 had died on a farm more than 1,500 miles away. It tested positive for a disease called scrapie. The CFIA thought the rest of Montana’s flock might be infected.

Scrapie is a prion disease in the same category as “mad cow” disease. However, unlike mad cow, scrapie is not transmissible to humans. Its impact on sheep farms is financial: infected sheep tend to lose wool, produce fewer lambs, and die young.

The CFIA conducted live biopsies on Montana’s flock during 2011. All were negative for disease. None showed any symptoms of illness. But the CFIA said the live tests were only 88% accurate. They would need to kill the sheep and dissect their brains to know for sure whether they were ill, they said.

They gene-tested Montana’s flock. In November 2011, the CFIA told her that they proposed to slaughter 41 animals of the genotype they considered the most susceptible to scrapie.

Montana and her lawyer Karen Selick of the Canadian Constitution Foundation (CCF) fought the CFIA throughout the early months of 2012, pointing out the absurdity of killing the sheep to make sure they weren’t sick. The CFIA’s own senior vet had authored a scientific paper warning of the dangers of narrowing the gene pool, yet these apparently healthy and highly productive sheep had been selected for death precisely because they had a particular genotype.

Montana proposed several other options, including keeping the farm in quarantine for five more years and allowing the CFIA to test each sheep’s brain as it died of natural causes. That would have allowed plenty of time—7 years in total—for any incipient scrapie to become apparent. Scrapie’s normal incubation period is from 6 months to 5 years.

Intransigent, the CFIA ordered that the sheep be destroyed. They told Montana they’d be coming to seize the sheep early on the morning of April 2, 2012.

On the morning of the scheduled slaughter, Montana found that the sheep had disappeared from her barn. Left behind was a mysterious note saying that they had been taken into “protective custody” until it could be proven that they were actually diseased. The note was signed by a previously unheard-of group called the Farmers’ Peace Corps.

The CFIA and Ontario Provincial Police mounted a massive search for the sheep, conducting door-to-door searches throughout rural Ontario and employing helicopters for aerial surveillance. 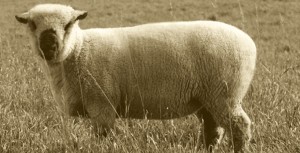 About 9 weeks after the sheep’s disappearance, the CFIA received a tip-off from an undisclosed source. The sheep were located 200 miles away from Montana’s farm, at a farm very close to raw milk crusader Michael Schmidt’s farm. The CFIA seized, killed and tested all the sheep, including numerous lambs that had been born to them during their absence. All were negative for scrapie.

The CCF is mounting a defense for Montana and Michael. In-house lawyer Karen Selick—who also represents Michael Schmidt in his raw milk challenge—will be handling this case. The CCF has also retained lawyer Shawn Buckley, a specialist in both criminal and constitutional law, to assist in defending Montana and Michael.

Montana and Michael will both plead not guilty to the charges. They will also challenge the constitutionality of the Health of Animals Act, arguing (among other things) that the vast powers granted to the CFIA by parliament are in violation of the principles of fundamental justice. The defense will also argue that the CFIA exercised its power improperly, both under administrative law principles and under Canada’s international treaty commitments.

Like its counterpart the U.S. Department of Agriculture (USDA), the CFIA has adopted policies that will reduce genetic diversity in North American farm animals, increasing the risk that a single epidemic could decimate the continent’s livestock. 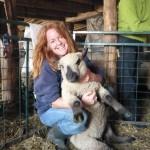 The CCF needs your financial help to defend Montana and Michael. Your donation of $25, $50, or $100 (or more) will assist us in challenging these abuses of power through the courts.

The CCF is a registered charity in Canada and also has U.S. charitable status as a 501(c)(3) public charity with the IRS. All donations in excess of $25 will be acknowledged with an official receipt that can be used on your income tax return.

And please consider making a recurring monthly donation. Even $5 per month (you probably spend more on coffee) can make a difference.

To donate by mail, send checks to:

Please be sure to indicate on your check that your donation is for Jones/Schmidt.