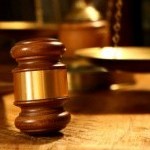 Even though Judge Bennett dismissed the case, up to this point the lawsuit has accomplished several things:

(1) establishing, as a matter of public record, that FDA will not take action against individual consumers crossing state lines to obtain raw milk. “Citizens can now purchase raw milk in any state, take it back to their state of residence and consume it without fear of any reprisal from FDA,” said Gary Cox, General Counsel for the Legal Defense Fund.

(2) alerting the public to the draconian views of the agency on food freedom. In FDA’s response to the initial complaint filed by the Legal Defense Fund, the agency made the following assertions:

(3) forcing FDA to give its interpretation of how the agency would apply the law to an agent for consumers crossing state lines to obtain raw milk and to a farmer knowingly selling to out-of-state consumers and their agents.

The judge held that all plaintiffs lack standing to pursue the case since there was no “threat of injury in fact.” Bennett found that “the FDA has made abundantly clear that it has not and does not intend to enforce the regulations against any of the plaintiffs.”

In regard to consumer plaintiffs, the opinion noted a November 1, 2011 FDA press release stating, “‘With respect to the interstate sale and distribution of raw milk, the FDA has never taken, nor does it intend to take, enforcement action against an individual who purchased and transported raw milk across state lines solely for his or her own personal consumption.’ (emphasis in the original).” The agency issued the press release in response to a rally held by the activist group, the Raw Milk Freedom Riders, at FDA headquarters in Silver Springs, Maryland. Earlier, FDA made a similar statement in answer to questions posed by the judge.

The buyers club agent in the case, Eric Wagoner, had over 100 gallons of raw milk embargoed by the Georgia Department of Agriculture in October 2009; shortly after, Wagoner and other members of the buyers club were forced to dump the milk in the presence of an FDA agent. Judge Bennett rejected Wagoner’s allegation that the FDA–rather than the state agency–“enforced” the embargo and destruction of the raw milk, finding that this contention was “conclusory and speculative.”

The judge’s opinion did not address the situation of Mike Buck, a South Carolina dairy farmer who sells raw milk on his farm and in local retail stores to residents of Georgia and North Carolina. The judge’s opinion was silent about FDA enforcement against agents for raw milk consumers and farmers selling raw milk to out of state customers. FDA has concentrated its enforcement efforts against distributors and producers of raw milk.

The Legal Defense Fund is weighing its options and has not decided yet on whether to appeal the judge’s ruling.