Minnesota farmer, Alvin Schlangen of Freeport, has been charged with criminal misdemeanor counts in two Counties brought by the Minnesota Department of Agriculture (MDA) through county district attorneys. Alvin is a volunteer manager for a private food buying club, Food Freedom Coop, and delivers to members food from his farm and from other local farms as a service.

Alvin was charged with criminal misdemeanor counts in both Hennepin and Stearns Counties and also had an administrative case.

The Minnesota State Constitution has a provision which states, “any person may sell or peddle the products of the farm or garden occupied and cultivated by him without obtaining a license therefor.” In a Minnesota Supreme Court case, the judge held that farmers could sell meat from animals raised on their farm. Moreover, the Court ruled that “the language of the provision extends its protection to all products; the only limitation is that the farm or garden must be occupied and cultivated by the seller.” [see “Food Freedom Under Attack in Minnesota“]

Update 8/16/2013: Fund attorney Nathan Hansen reports that Alvin was fined $300 plus court fees at the end of his Stearns County trial on August 15 during the sentencing after the jury returned its verdict convicting him on all five charges. Alvin was facing a maximum fine of $5,000 plus up to 15-months jail time; but the judge gave him one year on probation and if he violates the terms, Alvin will have to serve the 90 days in jail that was suspended and pay the $700 balance of the fine [the judge actually fined Alvin $1,000 but suspended $700 of it.]

Alvin, as a member of the Farm-to-Consumer Legal Defense Fund, is receiving legal representation including the legal fees and all court costs at no additional charge. Attorney Nathan Hansen was retained to represent Alvin in both criminal cases and General Counsel for the Fund, Gary Cox, was assigned the administrative case. The Fund is not an insurance company and cannot guarantee representation on all legal matters; possible representation is just one of the benefits of membership. View other FTCLDF Cases.

You can help the Fund by donating to defray the legal expenses involved in this important case.

Prefer to make a tax-deductible donation? For details,
go to farmtoconsumer.org/PIL

On June 15, 2010, MDA raided warehouse space Schlangen leased at the Traditional Foods Warehouse (TFW) as part of a larger raid on TFW. The department executed a warrantless search and wound up embargoing all the food Schlangen had stored at the facility. The following week on June 23, MDA agents and Stearns County Sheriff’s deputies executed a search warrant at Schlangen’s farm, seizing computer and paper records and embargoing thousands of dollars of food stored at the farm. The charges filed against Schlangen in Stearns County stem from the June 23 raid.

Per the April 2012 warrant, the originalStearns County charges alleged:

(1) selling food that is adulterated or misbranded;
(2) distributing foods without a food handlers permit;
(3) distributing raw milk at a place other than the farm where the milk is produced–this charge was dropped;
(4) selling custom-processed meat (under law, only meat processed at a federally or state inspected facility can be sold by the cut, not meat processed at a custom house);
(5) violating the June 23, 2010 embargo (Schlangen remarked, “MDA ordered me not to eat my own food.”);
(6) not refrigerating eggs at the proper temperature. State law provides that packaged eggs held for sale must be kept at 45 degrees Fahrenheit. Schlangen says, “The co-op members like their eggs being refrigerated at 50 degrees just fine. After 25 years of egg production, I might have some insight.”

If convicted, Schlangen could be penalized up to $5,000 in fines and up to 15 months in jail.

On August 15, 2013, Schlangen was convicted of all five charges by a 6-person jury in Stearns County; however, the judge actually sentenced Alvin on just one of the charges, failure to have a food handlers permit. Although the judge suspended the 90-day jail term and part of the $1,000 fine, he gave Alvin one year of probation and required $300 of the fine to be paid. If Alvin violates probation he’ll be subject to the suspended penalties.

On September 20, 2012, Alvin Schlangen was found not guilty in Hennepin County on all three criminal misdemeanor counts for violations of the state food and dairy code, making it a significant jury trial win for food rights:

(1) selling raw milk off the farm,
(2) failure to have a food handlers permit,
(3) distributing misbranded and/or adulterated dairy products and

A fourth charge on an alleged labeling violation was dropped at the beginning of his criminal trial.

10/11/12 – Read David Gumpert’s post about the Hennepin trial, “The Two Key Factors that Influenced the Schlangen Jury — Not What Prosecution or Defense Expected”

In addition to selling poultry and eggs produced on his farm, Schlangen manages the Freedom Farms Co-op (a private food club formed in July 2010, serving more than 50 families) and delivers raw dairy products and other nutrient dense foods to club members, most of whom live in the Twin Cities metropolitan area. The raw dairy products that Schlangen delivers to members come from cows the co-op has leased. There has never been a single accusation against the farmer that any food he has either produced or delivered to consumers has ever made anyone sick.

Schlangen contends, “It must be legal to privately support farms that grow quality food and provide for the health of our growing children and seniors. This should be a model for today’s agriculture! Connecting kids with natural food production is vital to their future!” [Read, “Food Freedom on Trial in Minnesota“] 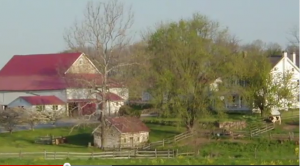