Dairy farmer Dave Berglund of Lakeview Natural Dairy in Grand Marais has filed a petition with the Minnesota Supreme Court to hear his case after an appellate court ruled that the Minnesota Department of Agriculture (MDA) had jurisdiction to inspect his farm. In 2014 Berglund refused to let MDA officials with an administrative warrant search his farm which led to the state filing an action for contempt of court in refusing the inspection.

After initially ruling that Berglund was not in contempt for refusing the inspection, the Sixth Judicial District Court in Grand Marais ruled that MDA did have jurisdiction to inspect Berglund’s farm; the appellate court upheld the lower court decision on February 6, 2017.

At the heart of the case is a provision in Article 13 Section 7 of the Minnesota Constitution stating, “Any person may sell or peddle the products of the farm or garden occupied and cultivated by him without obtaining a license therefor.” The Berglund case is a chance to revisit the Minnesota Supreme Court’s 2005 decision in State v. Hartmann. In that case, the state brought criminal charges against farmer Mike Hartmann for selling meat products without a license and for the unauthorized sale of custom-processed meat. In a close 4-3 decision, the court ruled that Hartmann could not sell custom-processed meat, holding that Article 13 Section 7 “exempts farmers from licensure but not from substantive regulations (such as inspection) of the production or sale of their farm products.” Minnesota statutes prohibited the sale of custom-processed meat.

The dissent in the Hartmann case pointed out that “the distinction the majority draws between licensure and substantive regulation is real, but it cannot be employed without more to circumvent constitutional provisions.”

In Berglund’s petition his attorney, Zenas Baer, argues, “The lower courts ruled, without analysis, that Berglund’s right to sell and peddle raw milk from his farm is not a ‘fundamental right’…Constitutional rights are, by definition, ‘fundamental rights.’ The right to ‘sell and peddle’ products of the farm is expressly stated, no inference necessary. The people add rights to the constitution to deprive politicians the power to legislate them away and to prevent bureaucrats from taking them away by administrative fiat.”

At the time the people of Minnesota passed the constitutional amendment in 1906, there was no inspection and regulation of farms in Minnesota; licenses were only a way to raise revenue. The Berglund case represents another chance for the Minnesota Supreme Court to recognize the historical context of the constitutional provision and hold that the right to sell and peddle the products of the farm is not subject to any regulation.

In the petition, Baer also claims that the rights of association and private contract are also impaired by the lower courts’ rulings. Regarding the “illegal” foods Berglund sells, he states, “The right of a consumer to choose the food she will put into her body is unavailable due to government prohibition on its sale…The ‘Nanny State’ has no place at the bargaining table between informed consumers buying food from a farmer to nourish their family.”

The Minnesota Supreme Court has not indicated when it will be making its decision on hearing the case.

The Farm-to-Consumer Legal Defense Fund (FTCLDF) has provided funding for expenses in the case. FTCLDF has set up a Heritage Food Litigation Fund to defend farmers like Dave Berglund who are fighting the good fight to protect our freedom of food choice. To make a donation, go here. 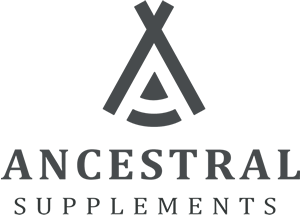